Last Message to the West


We were astounded by the phenomenal support that the community has shown for Last Message To The West. Over 2500 votes were cast.
We deeply appreciate all those who were involved. Below we announce the winners, the honorable mentions, the participants and the donors.
We have also linked certificates which can be kept as a memento of your involvement.
(if you were involved but do not see your name below please contact us)

Firstly, a huge thank you to all who donated funds to be used as prizes.
These donors were never asked to contribute yet they showed unbelievable generosity in voluntarily donating funds and making this competition far bigger than it otherwise would have been.
Whether they be well known members of the community or anonymous friends of the cause, we can’t thank you enough for your overwhelming generosity. 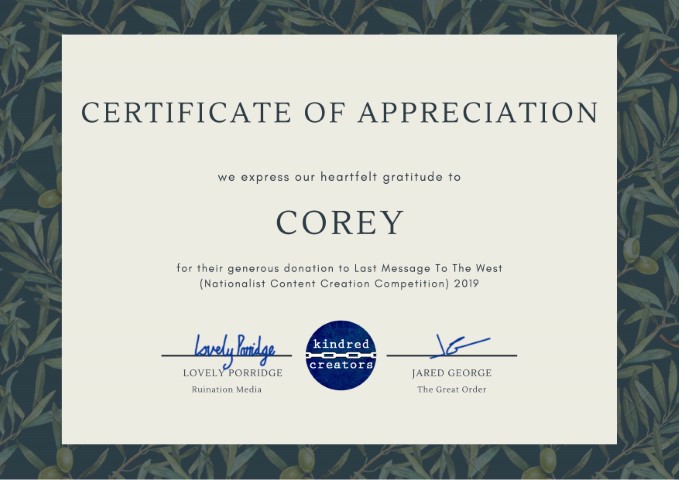 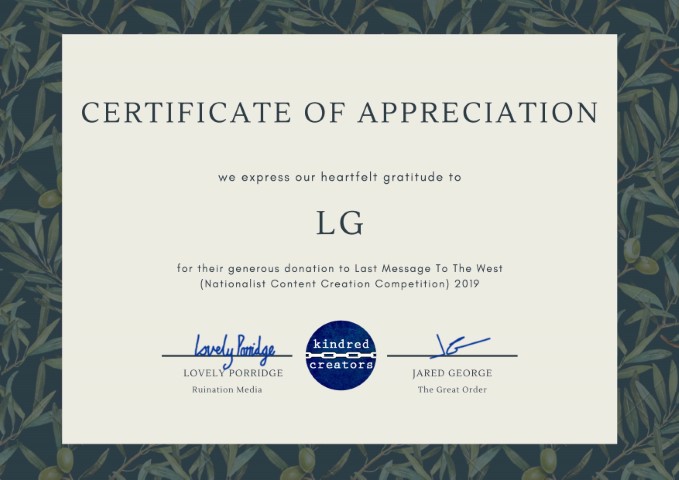 Congratulations to all the winners who were decided on by community voting.
Your outstanding talent for conveying a powerful and positive message have been widely recognised.

The following honourable mentions were hand selected by the project organisers (Jared and Lovely Porridge) as personal favorites.
We congratulate you on your fantastic entry and your exceptional talents.

And of course we congratulate all other participants, all of whom made heartfelt, powerful and effective videos of outstanding quality.
From the veterans of content creation to those making their first attempt, all participants made an impressive effort and their creative works will be useful for many years to come. 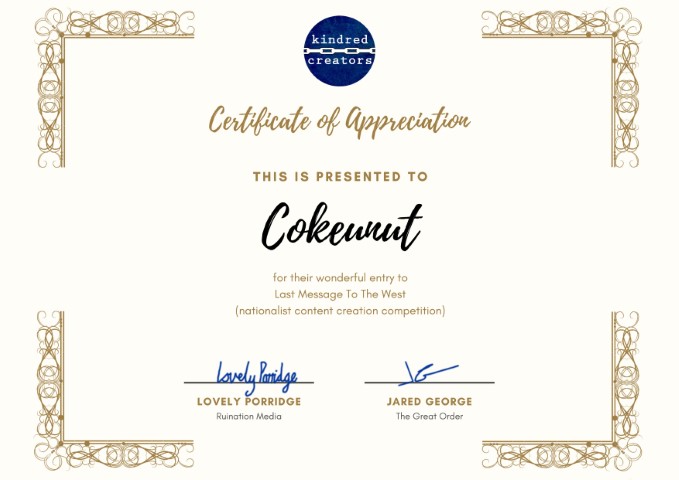 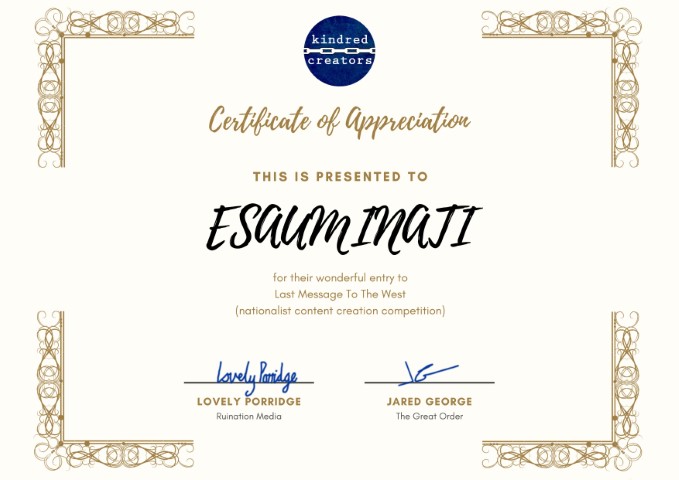 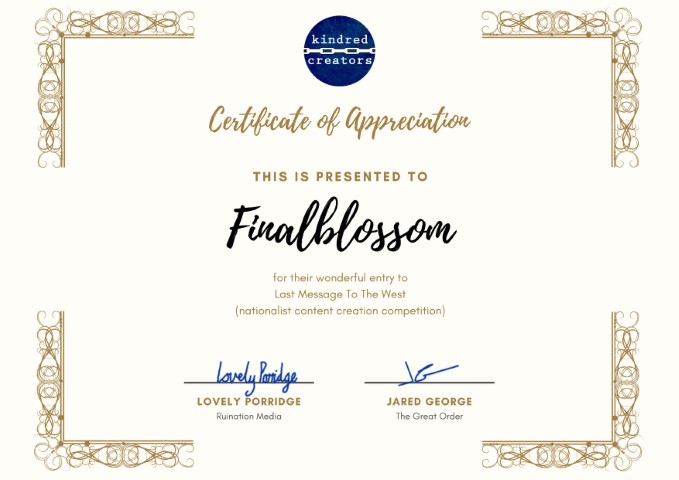 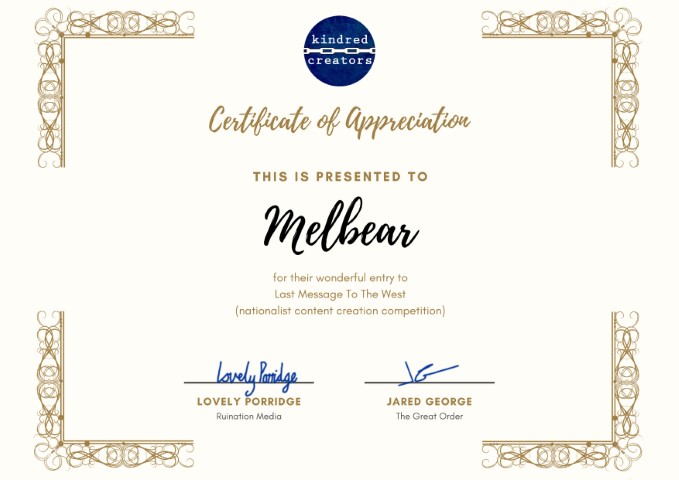 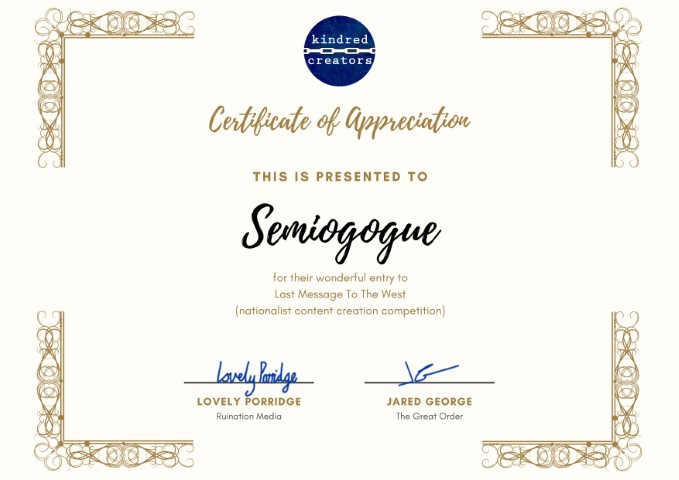 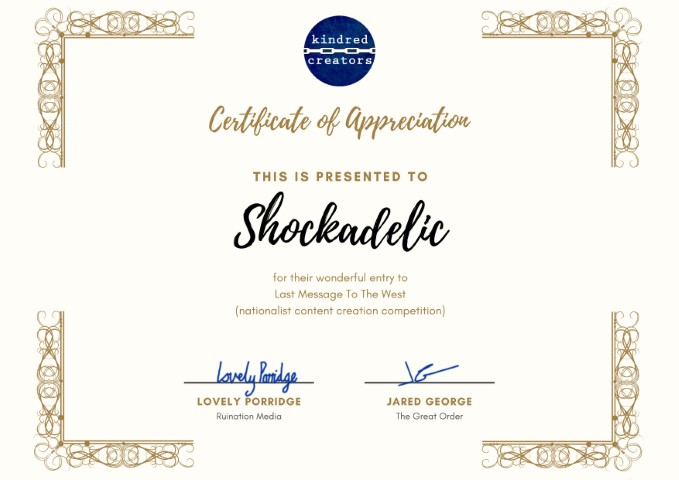 We would also like to give a special thank you to the 6 people who committed to participating before the competition was made public.
Their names lent much needed credibility to the project and ensured its success.
Mimir’s Brunnr, No White Guilt, Semiogogue, Liv Heide, Martin Willett and Poseidon.

Also, a special thank you to Lord of the Frogs who not only made a substantial donation but also spent many hours creating this website and a custom polling system.
He was one of the first to jump on board and offer his much needed expertise which played a crucial role in the success of this project.

We must also give much credit to No White Guilt (Jason Köhne) for his fantastic support and promotion of the project and using his platform to get the word out.
He has built a wonderful community of supporters, many of whom made content and donations to the competition.

And of course, many thanks to my fellow organiser and friend Jared George who really made this all possible.
He was quick to put this project into motion and spent countless hours working to ensure it would run smoothly and be a success. It has been an absolute pleasure to work with Jared.

Last but not least, a huge thank you to all those who watched the videos, shared them with their friends, voted for winners and helped promote Last Message to the West.
It was deeply encouraging to be surrounded by such enthusiasm and positivity.
What started out as an idea became a significantly large movement of people with the same goal in mind. To have a catalog of succinct videos that can be shared with the general public.

There is much work to do in our movement and sometimes it can be daunting. But we can celebrate our successes and give each other the strength to continue on our very important mission.
Last Message to the West has demonstrated the talent, creativity and drive of our people and this is only a taste of things to come.
We will only get stronger, more determined and effective.

Our message will not be silenced.

Thank you everyone for being a part of Last Message To the West.


Something went wrong while saving your vote!